Yes, Summer camp and academics can and should co-exist!

Ah, summer … carefree days, family vacations, trips to the ballpark, ice cream sundaes. This is the vision most kids and parents have when it comes to summer, but we often forget about the downside — huge losses in the learning gained throughout the school year.

Research over the past 100 years shows that students typically score lower on standardized tests at the end of summer vacation than they do on the same tests at the beginning of the summer (Downey et al, 2004). According to the Wallace Foundation Study, by the end of summer, students perform, on average, one month behind where they left off in the spring – and these effects are cumulutative. To combat these academic slides, it’s important to keep kids engaged over the summer.

Academic summer camps, such as debate camps, provide a great way to keep students involved in learning over the school break. Here are four benefits of enrolling your children in summer debate camp:

If they’re spending time watching TV, playing video games or otherwise participating in activities that don’t stimulate their brains, students likely will forget a lot during the summer break. Because debate camps follow a rigorous academic curriculum, students will stay engaged in learning, which can improve retention rates for the following school year.

They may get ahead for the next school year.

Studies of voluntary summer programs, mandatory summer programs, and programs that encourage students to read at home in the summer have all found positive effects on student achievement. The combined evidence from these studies suggests that summer educational programs, such as debate camp, can mitigate summer learning losses — and even lead to achievement gains.

While preventing learning losses and helping students get ahead for the next school year may be incentive enough to send children to a summer learning program, debate camp provides more benefits that extend beyond the academic year. Rather than teach a single subject, debate camp takes a multi-disciplined approach. Students will learn public speaking, communication, research, argumentation, negotiation, teamwork, independence, confidence and a host of other skills that will better prepare them for life, both professionally and personally.

Want to take the phrases, “I’m bored,” and “There’s nothing to do,” out of your child’s vocabulary? Send them to camp! While the learning schedule is rigorous, summer debate camp isn’t just about academics. Students will meet other kids from around the world and will enjoy the camaraderie of being part of a team. At Capitol Debate, they’ll also enjoy free time to explore the city’s attractions, take part in sports and recreation or simply relax. 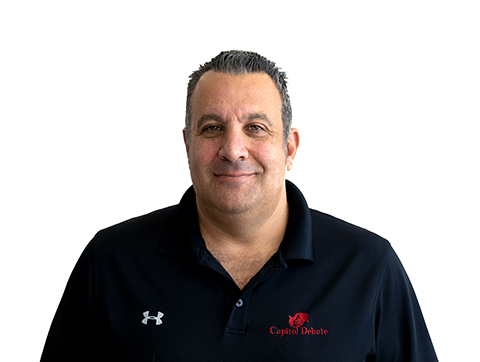